At the following pages is a description of the most significan t risks to which Scandic’s operations are exposed. These are not the only risks to which the company’s operations are exposed, and there may be other risks that are currently considered immaterial that may have a negative effect on the Group’s business, financial performance or position. The order in which risks are presented should not be considered an indication of the probability of the occurrence of the risk or the seriousness of the consequences.

Strategic risks include external factors that may affect Scandic’s business and long-term competitiveness as well as internal factors that could lower the prospects of achieving Scandic’s strategic business objectives. Operational risks are risks over which Scandic has control and primarily include processes, assets and people.

Scandic operates in a sector where demand for hotel nights and conferences is influenced by the underlying domestic development and purchasing power in the geographic markets in which Scandic does business, as well as development in those countries from which there is a significant amount of travel to Scandic’s domestic markets.

Additionally, profitability in the sector is impacted by changes in room capacity where when new hotels are established, occupancy can decrease in the short term. In the long term, however, a greater availability of rooms can help generate interest in particular destinations for business and leisure travel, thereby increasing the number of hotel rooms sold.

Increased growth in apartment hotels and concepts such as Airbnb as well as the rising use of video conferencing may impact demand for traditional hotel and conference services. Competition from web-based distribution channels and search engine companies may reduce traffic to Scandic’s own distribution channels, which could have a negative impact on Scandic’s operations and profitability.

Scandic operates in the mid-market hotel segment, which historically has demonstrated greater resilience in economic downturns. Scandic’s business model is based on lease agreements where approximately 90 percent have variable, revenue-based rents. This results in lower profit risks since revenue losses are party compensated by reduced rental costs. Scandic’s other expenses also include a high share of variable costs where above all, staffing flexibility is important to be able to adapt cost levels to variations in demand. All together, this means that by having a flexible cost structure, Scandic can lessen the effects of seasonal and economic fluctuations.

Scandic sells products to a wide range of customers and industries. Scandic has earned a high percentage of satisfied and returning customers and guests.

A high share of distribution, or close to 70 percent, is achieved through Scandic’s own channels, and a high level of revenues from members of Scandic’s loyalty program contributes to revenue stability. Scandic invests regularly in achieving an optimal and customer-friendly buying process and maintaining a leading digital dialog with customers. To increase the inflow of private international travel, Scandic has entered into strategic cooperation agreements with relevant OTAs.

Changes in VAT or other taxes may affect demand for hotel stays, conference facilities and restaurants. Changes in taxes, social security fees and other fees that increase Scandic’s costs may have a negative effect on the Group’s results.

Scandic operates only in countries that are politically mature and stable, which leads to a low political risk. Through geographic spread, the risk that changes to legislation and regulations in a single country may impact Scandic’s earnings negatively is reduced.

Scandic’s business model is based on lease agreements. These agreements are signed for a period of typically 15–20 years, with the option to extend in many cases. According to these agreements, the landlord and the tenant (Scandic) share responsibility for investments in and maintenance of the property. Scandic’s commitment relates in general to maintenance and replacement of finishes, furniture, fixtures and equipment. Historically, these investments have accounted for 3–4 percent of Scandic’s net sales.

The risk involved in long-term financial commitments is reduced through the high proportion of agreements with variable rent. Of Scandic’s total lease agreements (based on number of rooms), approximately 90 percent have fully variable rent or variable rent with a minimum guaranteed rent. The latter is the most common contract model in the Nordic countries.

Revenue-based rent and joint investment responsibility mean that the landlord and tenant have a common interest in developing and maintaining the property in order to increase guest satisfaction and generate revenue. Scandic prepares rolling plans for the renovation and maintenance of hotels to ensure their standard, attractiveness and ability to continued good revenue generation.

Scandic’s portfolio strategy means that the company only enters into lease agreements for hotels in markets that have good, stable demand, that are in attractive locations and that have the scale and configuration that allow for good profitability and thereby low commercial risk. Where these criteria are not met and the risk of entering into lease agreements is deemed too high, franchise agreements may be considered if the geographic location of the property has a strategic value or may contribute to increasing the value of Scandic’s loyalty program by improving geographic reach.

The hotel market is constantly evolving in terms of preferences and customer behavior. For this reason, it is extremely important for a hotel operator to ensure that its brand and content as well as its perceived position remain relevant and appreciated at all times. Maintaining the strength and relevance of the Scandic brand and customer perception of Scandic’s offering and concept is therefore critical to ensure long-term competitiveness.

Scandic is the leading brand in the Nordic countries and the Scandic brand is one of the Group’s most valuable assets. Scandic’s loyalty program, Scandic Friends, is the largest in the Nordic hotel industry. In 2015, Scandic Friends generated close to 40 percent of the Group’s accommodations revenues. By owning its brand, Scandic can guarantee the consistency and quality of its offerings and service and also ensure that the content and offering are constantly adapted to the demands and preferences of both existing and new customers.

Scandic’s Code of Conduct is based on social and environmental sustainability as well as ethical business conduct in all areas of its operations. The Code applies to all employees and also places demands on Scandic’s suppliers and partners.

Realization of full potential from the acquisition of Rica Hotels

The realization of sales and cost synergies and other benefits from the acquisition of Rica Hotels may be delayed or result in a lower amount than expected due to changes in the economy, market conditions or other factors within and beyond the control of the Group. This could impact the value of the investment and recognized goodwill negatively.

A further significant downturn in the Norwegian market, beyond the assumptions made in the company’s forecasts, may have a negative impact on the value of recognized goodwill related to Norwegian operations.

All former Rica hotels with lease agreements were integrated and rebranded during 2014 without any material disturbances. Integration work was carried out by experienced personnel with indepth knowledge within project management and hotel operations. Guests and customers were prioritized and the reception of the rebranding in Sweden and Norway has been positive. The merger of the Swedish and Norwegian head offices that was carried out in 2014 has led to savings in line with expectations. The implementation of Scandic’s system for revenue optimizing and distribution as well as the operational model for operations and steering has started to contribute to increased efficiency and higher margins in hotel operations.

Scandic operates in the service industry where each customer and guest experience has a great impact on how the Group’s offering, quality and service are perceived. Employee engagement is a key driver in terms of customer satisfaction and it is therefore also central to the Group’s long-term results. The ability to attract, develop and retain talents and build a good service and corporate culture is thus crucial to Scandic’s success.

Scandic has a strong corporate culture. To strengthen this identity additionally, the Group’s cultural platform was further developed in 2015 and will be fully implemented in the Group during 2016.

Each year, Scandic conducts an employee survey that has a very high response rate and high scores when it comes to job satisfaction. The insight obtained through this survey is an important tool for continued improvement throughout the entire organization.

Scandic develops leadership through regular evaluation and development programs at all levels of the organization including Scandic Business School. Talent@Scandic is the Group’s program for management training and talent development. 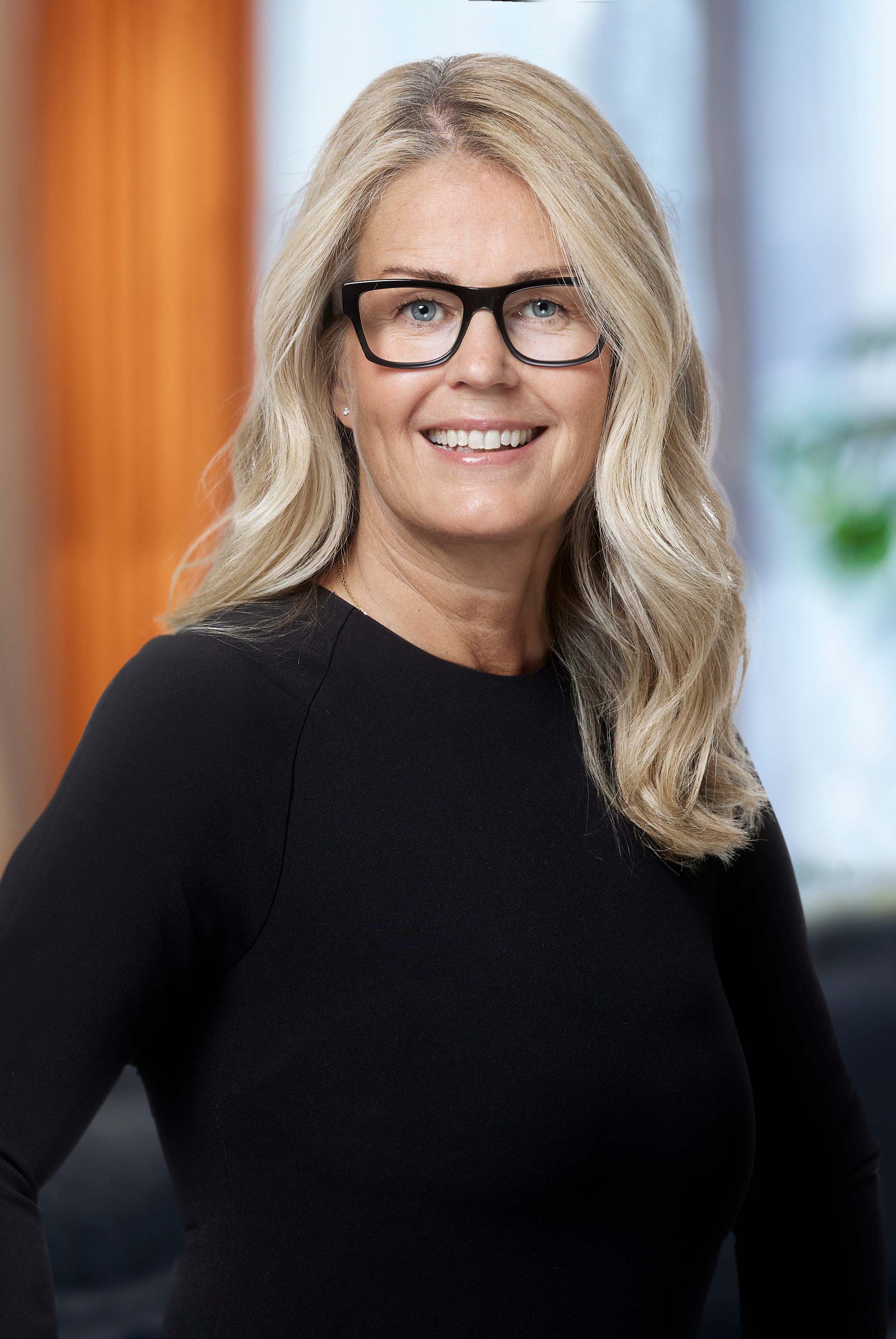